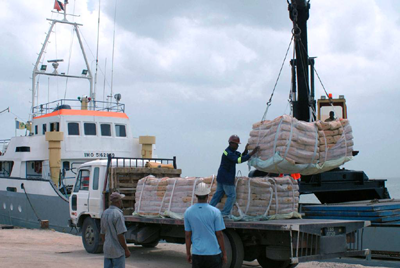 The Concrete Institute (TCI) has on behalf of the South African cement producers applied to the International Trade Administration Commission (ITAC) of South Africa to investigate the surge of imports of low-priced cement.

Bryan Perrie, TCI Managing Director, says imported cement is undercutting the industry by at least 45%. When this is combined with unprecedented low levels of demand due to slowed economic growth, the industry is facing a survival crisis which threatens to undermine the industrial capacity of the country. “The cement industry has no option but to request ITAC to conduct a safeguard investigation to determine whether the cement industry requires protection from the surge in imports,” he states. 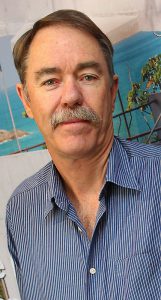 Perrie says South Africa has become a net importer of cement with total imports increasing by 139% since 2016 which makes trade remedy protection vital to ensure the viability of the cement industry. “Local producers have the capacity to meet the Southern African Customs Union’s industrial demand and must protect employment, Broad Based Black Economic Empowerment (B-BEEE) investments and Environmental Social and Governance (ESG) requirements. The SA cement industry needs to compete on a level playing field and not against a surge of low-priced imports,” Perrie asserts.

“The South African cement industry is very competitive. The cement, concrete and affiliated industries employ thousands of South Africans whose jobs would be on the line if local cement production is not protected. Importantly, several producers have significant B-BBEE investments that are at stake.”

In addition to the surge in low-priced imports, a “carbon tax” was introduced in June 2019 on the South African cement industry’s activities that has increased the industry’s production cost. The effect of this tax translates into a 2% increase in selling prices, putting the local cement industry at a further disadvantage against imports.

Local pricing reflects the standards (technical, social and environmental) that have been determined by South Africa as necessary for local manufacturing. SA cement manufacturing processes are regulated, from environmental impact assessments to strict quality controls, and from labour and employment regulations to sustainability requirements and South Africa is a signatory of the Paris Accord on CO2 emissions.

In support of the application, TCI has outlined that:

Perrie feels the South African economy is at a crossroad where trade policy determinations will play a critical role in determining the industrial direction of the country. “The key to future growth lies in achieving greater efficiencies within the country’s relevant manufacturing sectors. The cement industry must compete on a level playing field and not be scrambling to survive against low priced imports. The sector needs space to grow, which a successful ITAC application would provide,” he states.