Just days after the above announcement the Department of Public Works issued the following statement:

Progress Made Into Finalising Payment Of Service Providers

Almost 70% of service providers have been paid, following an investigation launched by Minister of Public Works and Infrastructure, Ms Patricia de Lille, into the non-payment of invoices within the stipulated 30-day period.

These payments have been made within just four working days. As of the 22nd of July, the department had 2 084 unpaid invoices. These relate to contractors in areas including Cape Town, Durban, Kimberley, Mmabatho, Mthatha, Polokwane, Tshwane, Johannesburg and Mbombela.

To date, 1 390 have been settled, to the value of more than R102 million. Six-hundred-and-ninety-four (694) payments are yet to be processed. Major construction projects and day-to-day maintenance constituted 94% of all unpaid invoices that had gone beyond 30 days.

Much progress has been made since the Minister instituted Consequence and Contract Management Systems last week. 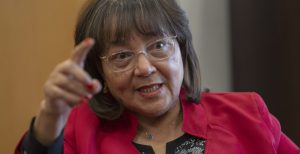 De Lille says: “I’ve been stressing that we return to the Batho Pele principles which dictate that we put South Africans first. That is exactly what we are doing.”

“I will continue to monitor these payments, daily and make available a progress report to all South Africans.”

SA Builder and the construction sector as a whole laud Minister De Lille for her bold and swift action in addressing of this protracted and serious problem.