This time last year, as we once again gathered to examine and discuss the state of our industry, I wrote that we lived in interesting times – not an original pronouncement, but certainly accurate for the time. And it holds true to this day 12 months later.

However, we can’t say that there hasn’t been a slight lifting of the mood, a lightening of the step, notwithstanding more members of our industry continuing to fail or going into business rescue. There are even those who have put a shine on that, and perhaps they have a point. 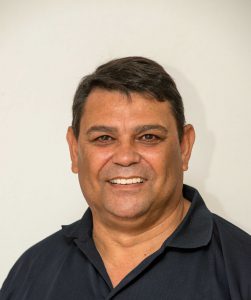 Times are still hard, but at least something seems to be getting done about the situation. Not least was the news that feisty former Mayor of Cape Town, Patricia de Lille, now Minister of Public Works and Infrastructure, is taking aim at nowhere less than Parliament, with a full-scale investigation into its non-payment of service providers within a prescribed period.

It was time to put the people first, she said, and return to the Batho Pele principles which require public servants to be polite, open and transparent and to deliver good service to the public. And to pay them on time for services rendered, we hope.

Significantly, a media release on July 31, from the Department of Public Works and Infrastructure, announced that almost 70% of service providers had been paid, following her investigation. Seems there’s a chance that she’ll get it right.

As for the continued failure of companies in the building industry, architect Patrick McInerny, writing about the gloom of the recent SAPOA Convention, wondered why, if things were that bad, do we have a record number of building cranes operating in places such as Sandton, Rosebank and Cape Town.

He believes the reason for the cranes is the ‘enormous property boom in the central nodes’. Many new A-grade buildings are coming on stream and being filled by tenants previously in B-grade buildings, he says. So there’s now an oversupply of B-grade property and, because of all the new projects, an oversupply of A-grade as well. But he says, it is part of the natural cycle of the industry and not the harbinger of its imminent doom. ‘Those empty B-grade spaces represent a massive opportunity for the future’. Pipe dreams, or just plain fact – we have yet to see.

Another little pinpoint of light piercing the gloom (it may just be spin but has a glimmer of hope), is a particular belief among some members of our industry that the failures of the ‘big guys’ opens doors for SMME contractors.

The argument seems to be that SMMEs represent the future of the industry, and as sector interests converge, interesting new SMME development models are emerging.

Individuals whose lives are turned upside-down by loss of work are filling the gaps left by the fallen giants. And clients might well like the idea of dealing with smaller, highly skilled groups, hungry to make their mark and probably more inclined to make a deal on the contracts they pitch for.

Given that these workers are short on business skills, there might even be an emerging market for professional management groups to offer their services. Opportunity knocks in sundry places.

Good wishes to everyone and let’s make the Congress memorable.